Are you sure you would like to leave our Law Firm of Award Winning Attorney's?

Learn More on how we can help. 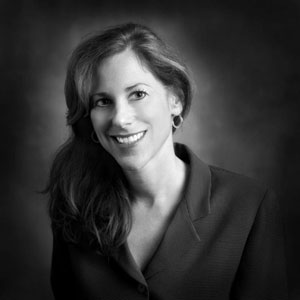 Attorney Amy Bentz is Managing Partner of Bentz Law Firm, P.C. She serves as General Corporate Counsel for many companies, and advises clients on a variety of legal issues. Ms. Bentz is a civil trial lawyer with over 33 years of federal and state court litigation experience.

Attorney Bentz represents a number of businesses throughout the country, ranging from Fortune 100 companies to start-up/early stage ventures. Ms. Bentz has served as corporate counsel for a full spectrum of businesses, including high tech, bio-chemical, learning industry and other companies. Ms. Bentz has assisted numerous organizations/employers in investigating claims of sexual abuse and served as lead trial counsel representing victims of sexual abuse in a prominent civil rights action brought against a school district.
She has represented clients in a variety of cases, including sureties in complex litigation, defense and salvage matters. In addition to her business clients, Ms. Bentz represents nonprofit organizations and has served as the Chancellor and legal advisor to the Western Pennsylvania Conference of the United Methodist Church, which consists of more than 900 churches and affiliated organizations in Western Pennsylvania since 1996.

Attorney Bentz has extensive experience in the areas of surety, construction, commercial and business litigation. She has spoken extensively on construction, surety, fidelity, business and non-profit topics and has authored numerous publications, including materials published by the American Bar Association. Attorney Bentz has published materials on public contracting law in Pennsylvania, and the ethical considerations for lawyers facing dual representation of a contractor and its surety.

Attorney Bentz has served as Adjunct Professor of Law at Duquesne University Law School, where she taught Consumer Law and Appellate Advocacy, and has been a guest lecturer at the University of Pittsburgh School of Law. She is admitted to the bar of the Supreme Court of the United States, the United States Court of Federal Claims and the United States Court of Appeals for the Third and Seventh Circuits, the United States District Courts for the Eastern, Middle and Western Districts of Pennsylvania as well as the Supreme Court of Pennsylvania and all of its subordinate courts. Ms. Bentz is also admitted to the District of Columbia Court of Appeals and all of its subordinate courts. Attorney Bentz is a member of the National Bond Claims Association, Surety Claims Institute and the American Bar Association Surety and Fidelity law section, where she currently serves on several committees including the Board of Directors for the Surety Claims Institute, as well as the Forum on the Construction Industry. Ms. Bentz has been appointed as a Vice-Chair to the Fidelity and Surety Law General Committee for the 2019-20 bar year. She has also served as the Program Chairman of the Surety Claims Institute in 2017 and 2018. Ms. Bentz is past President of the Construction Section of the Allegheny County Bar Association, is a current member of its Board of Directors and is a member of the Philadelphia Surety Claims Association and a Fellow of the Construction Law Society of America.

Additionally, Attorney Bentz has been recognized as a Super Lawyer in 2012, 2016, 2017, 2018, 2019, 2020 and 2021. She has also been named a construction Pennsylvania Super Lawyer for the years 2012 through 2021, an honor bestowed upon the top five percent of Pennsylvania lawyers. Attorney Bentz has been recognized as an Outstanding Attorney in Pennsylvania for the years 2010 through 2021 and has also been named a Best Lawyer in America for the years 2012-2022. Ms. Bentz has also been awarded Honors by the National Association of Professional and Executive Women and is a member of the National Association of Women Business Owners. Ms. Bentz has received a rating of AV Preeminent for 15 years, which is the highest possible peer review rating in both legal ability and ethical standards.

* Author: Issues Affecting and Impacts of Arbitration on the Surety and Related Ethical Considerations, January 2018; Ethics: The Duties of a Surety Lawyer and the Ethical Traps in Keeping, Maintaining and Producing Electronically Stored Information, June 2015; The Lumbermens Decision: Looking at the Glass Half Full (Co-Author with Christina Craddock, Esquire) June 2014; A Primer on Bid and Performance Bonds Under the Federal Acquisition Regulations and the Miller Act (Co-Author with Edward Reilly) January 2010; Prying Money From the Cold Hands of the Government, October 2006; Management of Claims Asserted through Mechanics Liens, May 2006; Contract Bond Claims, May 2006; Ethical Considerations of Representing a Surety and a Principal, April 2006; Public Contracts and Competitive Bidding in Pennsylvania, December 2002; Employment Law and the Developing Liability for Churches and Other Nonprofit Organizations, May 2001; Employment Issues Unique to Nonprofit Organizations, June 2000; Managing Construction Projects in Pennsylvania, Lorman Education Services; Reservation of Surety's Rights (Co-Author with Bruce L. Corriveau).